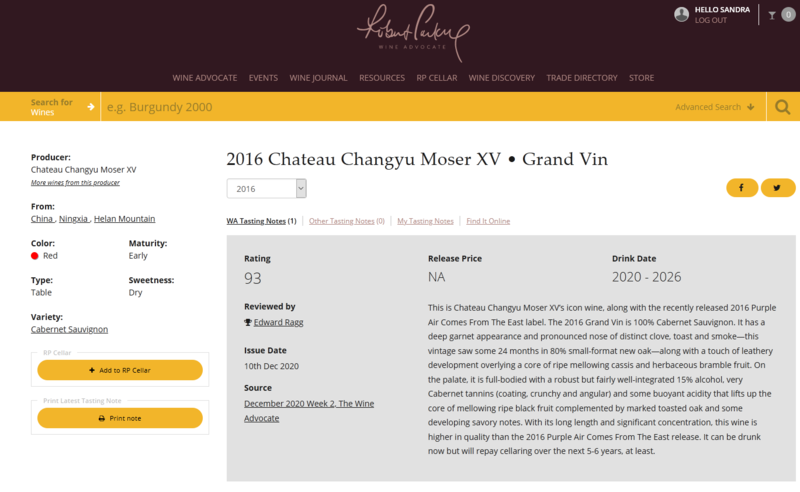 This is Chateau Changyu Moser XV’s icon wine, along with the recently released 2016 Purple Air Comes From The East label. The 2016 Grand Vin is 100% Cabernet Sauvignon. It has a deep garnet appearance and pronounced nose of distinct clove, toast and smoke—this vintage saw some 24 months in 80% small-format new oak—along with a touch of leathery development overlying a core of ripe mellowing cassis and herbaceous bramble fruit. On the palate, it is full-bodied with a robust but fairly well-integrated 15% alcohol, very Cabernet tannins (coating, crunchy and angular) and some buoyant acidity that lifts up the core of mellowing ripe black fruit complemented by marked toasted oak and some developing savory notes. With its long length and significant concentration, this wine is higher in quality than the 2016 Purple Air Comes From The East release. It can be drunk now but will repay cellaring over the next 5-6 years, at least.