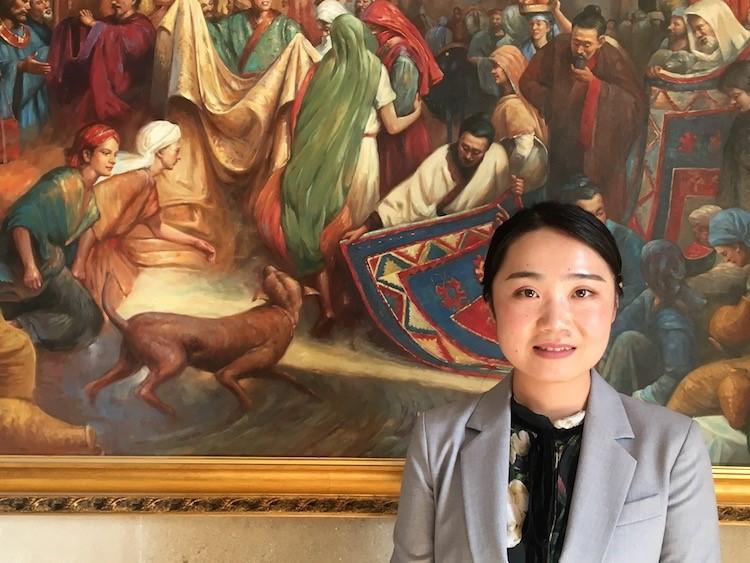 Thirty-year-old Emma Yu, above, is the youngest member of the four-strong winemaking team at Château Changyu Moser XV; she is also the only woman. [We have tasting notes on most of the wines discussed here, but particularly and most recently for Changyu Moser – JR]

Her appointment as assistant winemaker was championed by renowned Austrian chief winemaker Lenz M Moser, whose remark ‘it took me a year to persuade Changyu to take a woman instead of a man’ speaks volumes.

A fluent English speaker, Yu graduated from Shaanxi's Northwest Agriculture and Forestry University and came to Europe in 2012 to join the EuroMaster Vinifera programme, studying in France (Montpellier SupAgro and Bordeaux Sciences Agro) and in Germany at Geisenheim University.

On her return to China in 2015 she was hired by Ningxia's Yunkou estate where she helped make and market their annual output of 30,000 bottles before joining Moser at Changyu.

We chatted about men and women, and differences in the workplace. According to Yu, the former are typically assigned to heavier physical labour, but she pointed out that there are three female cellar hands at Changyu.

‘Sometimes it can be difficult for a female winemaker at the start. When you're a young woman the recruiters are more hesitant, but it's the same in other industries. The biggest problem around hiring young women is that in China, we get at least 150 days off if we give birth', she observed astutely.

However, there is good news: Ningxia's status as a booming wine region is in Yu's favour. ‘It's quite a new region and the success of other female winemakers here means that it wasn't that difficult for me to find my first job', she observed, adding that women who become successful on the technical side of the industry attract particular attention.

She talked with enthusiasm about the support she gets from other younger females working at Helan Mountain estates with whom she discusses technical questions, vintage characteristics, new products and marketing.

According to Yu, women in wine are perceived in the same way, be it in Europe or China. ‘Sometimes people are surprised when I introduce myself as a winemaker. They always say “but you're so young! A woman making wine!” But then I tell them my background and they show more respect.’

Does gender make any difference to winemaking? ‘For the technical part, I would say no. I've met excellent winemakers, men and women. Being a good winemaker has no relation to gender. Some people believe that women make delicate wines, but I've met females making really big wines.’

She ended our interview with another astute observation.