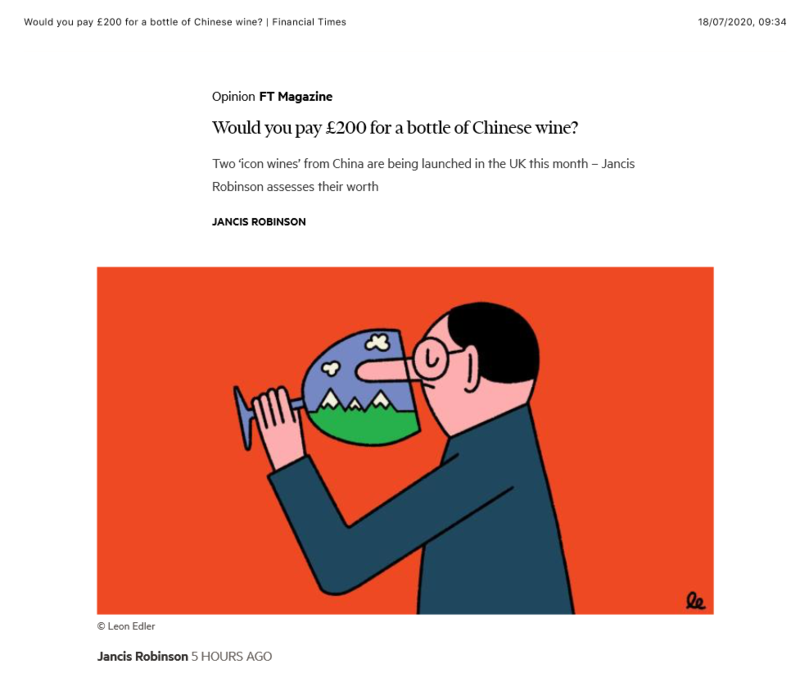 FT Magazine | Would you pay £200 for a bottle of Chinese wine? by Jancis Robinson

Two ‘icon wines’ from China are being launched in the UK this month – Jancis
Robinson assesses their worth.

Would you pay more than £100 for a bottle of Chinese wine? In the current political
climate, perhaps not. You would therefore be unlikely to shell out for either of the
ambitiously priced Chinese wines being launched so hopefully in the UK this month.
One was made by an Austrian and one by a Frenchman. In a way, the roots of both wines
are Australian, put down long ago when Sino-Australian relations were more cordial than
they are today.

Tony Jordan was a hugely admired wine consultant based outside Melbourne. He
established Moët & Chandon’s Australian sparkling-wine operation in the 1980s and, in
2008, was charged by the parent company LVMH to find the ideal spot in China to produce a copy of the wine the Chinese liked most: red bordeaux.