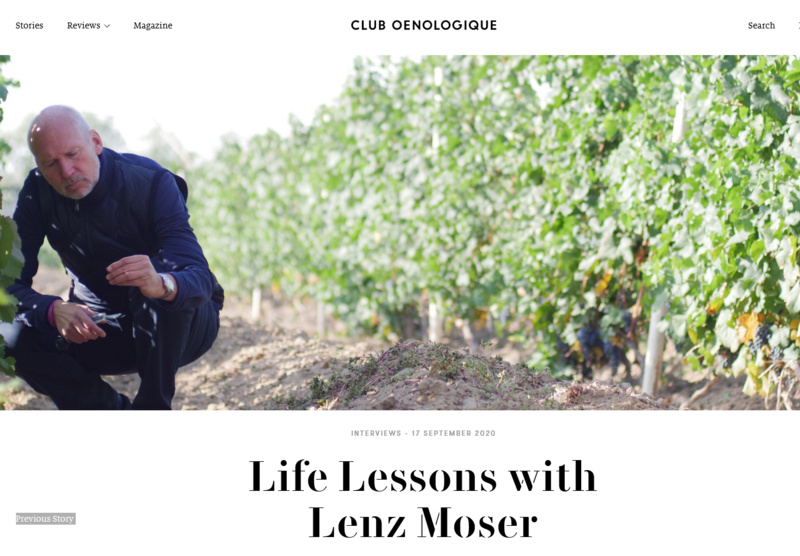 From speeding down the Autobahn to pairing Mouton-Rothschild with Big Macs: winemaker Lenz Moser shares his Life Lessons

Lenz (Laurenz) M Moser’s family has been in the wine business since 1610, with the family’s lineage in their home village of Rohrendorf (Lower Austria) dating back to 1124. Lenz’s grandfather, Professor Dr. Lorenz Moser III, who introduced the young Lenz to wine, is credited with inventing the Austrian trellising system known as the “Lenz Moser Hocherziehung”.

After completing a degree in oenology, Moser worked at the family winery for 10 years before joining Napa’s Robert Mondavi Winery and setting up its European branch office. In 2005 he went back to his Austrian roots by founding Laurenz V with two partners, aiming to continue the work of his grandfather in promoting Grüner Veltliner worldwide.

He was first introduced to the Changyu estate in Ningxia, China, in 2005 and in 2015 started a joint venture, Château Changyu Moser XV. Moser is chief winemaker, spending around four months of the year at the 60-hectare estate, which produces six Cabernet Sauvignons, including two white Cabernets. The latest release from Chateau Changyu Moser XV is the £150 Cabernet Sauvignon “Purple Air Comes From The East” 2016  – the name signifies ‘bringing fortune and luck from the East.’ In traditional Chinese symbolism, purple represents divinity and immortality; in modern times, it stands for love and romance. “It’s also my favourite colour,” Moser says.