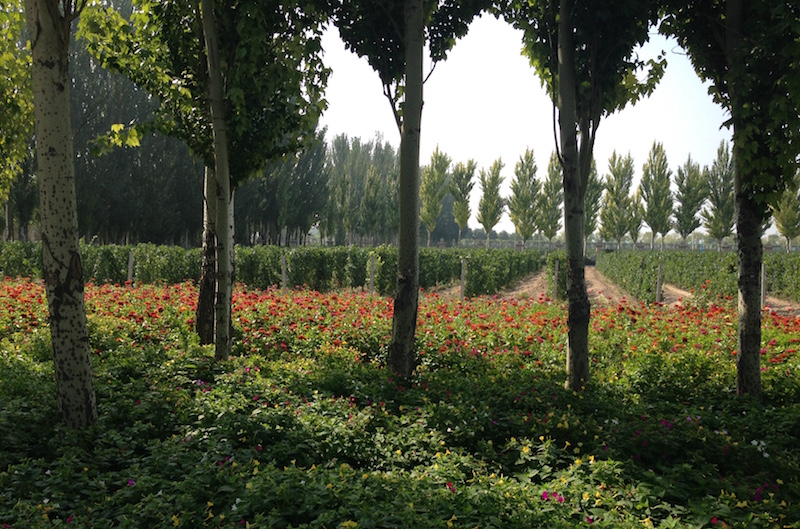 Ningxia lies approximately 1,330 kilometers west of Beijing. It is located in Central Western China on the fringes of the Gobi desert and feeds off the Yellow River that has its source in the clean and natural Tibetan Plateau.

With the aridness of the land and longer sunlight hours than normal during the growing season (around 3,000 – compare with Bordeaux’s 2,052 hours average), the berries are allowed to fully ripen, developing a full-flavored fruit character. The grapes have ideal growing conditions in the Helan Mountains Region at 1,100 meters above sea level.

The desert with its hot daytime temperatures and cold nights helps the wines to retain their freshness.&nb

Modern Chinese wine dates back to the foundation of Changyu in 1892. Changyu is the first winery to produce wine on a grand scale, pioneering modernized wine production in China.

China is the fastest growing wine market in the world. Per capita wine consumption is, however, still only slightly more than one litre.

The largest wine-producing region in China is Yantai-Penglai (BohaiBay Area, Shandong), with more than 140 wineries responsible for 40% of China's wine production. China’s youngest and most interesting wine-growing region, Ningxia, to date has 100 wineries with approved plans to increase to many more over the next few years.