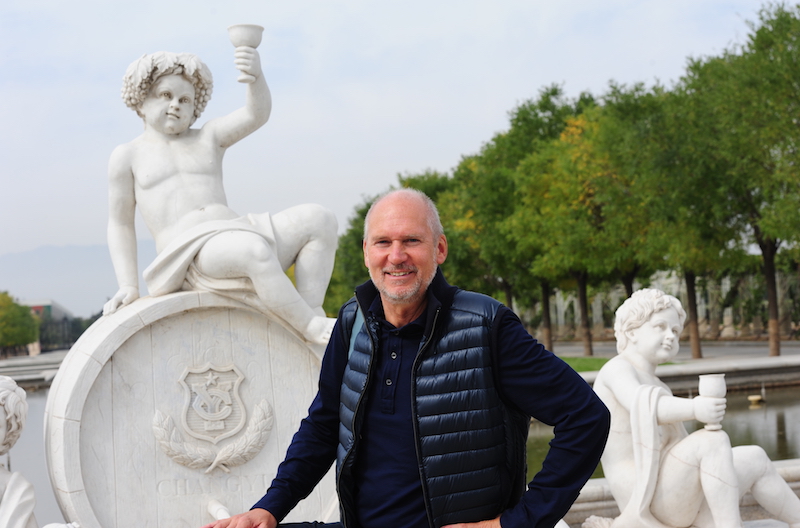 In 2015 Lenz founded LENZ M. MOSER PROJECTS with the clear goal to pick only very few but very special projects in the new world of wine and to inspire his partners through his 30 years of experience and know-how.

Lenz Maria Moser is the fifth generation of the Austrian Lenz Moser wine family and 15th in the direct lineage of the Moser family. The family has been in the wine business since 1610, with the first mention of the Moser family in their home village of Rohrendorf (Lower Austria) dating back to 1124. Lenz pursued a dual university education at Austria’s famous Klosterneuburg in business and oenology. Even with his formal education, Lenz credits his understanding of the basic things in life and his vinological knowledge to his grandfather, the legendary Professor Dr. Lorenz Moser III., who invented and developed the ubiquitous Austrian trellising system called the "Lenz Moser Hocherziehung", which revolutionized vineyard cultivation across Europe.
Lenz’ impressive career in wine began at Lenz Moser Winery (Austria’s pre-eminent wine producer) as General Manager for 10 years.
In 1997 Lenz was asked to join Robert Mondavi as General Manager Europe, where he established the European branch office and led the pioneering American wine company for nine years until it was sold to the Constellation Group.
In 2005 Lenz turned back to his Austrian roots by founding LAURENZ V. with two partners. Following in the footsteps of his grandfather, who helped promote Grüner Veltliner from a tiny grape varietal in the late 1920s to the number one Austrian grape. Lenz and his partners have become the modern ambassadors for the varietal, holding to the mission of establishing Austria’s signature grape as a varietal amongst the premier white wines of the world.
His second activity from 2005 onwards was acting as the CEO of an importing company in Germany – bringing wines from 10 countries to Europe. In this capacity he met the people of Changyu first in 2005, heading into a close relationship with the leaders of this great and pioneering company. In 2015 they decided on a joint project: Chateau Changyu Moser XV, a partnership with the big goal of producing China’s best and most important wines.