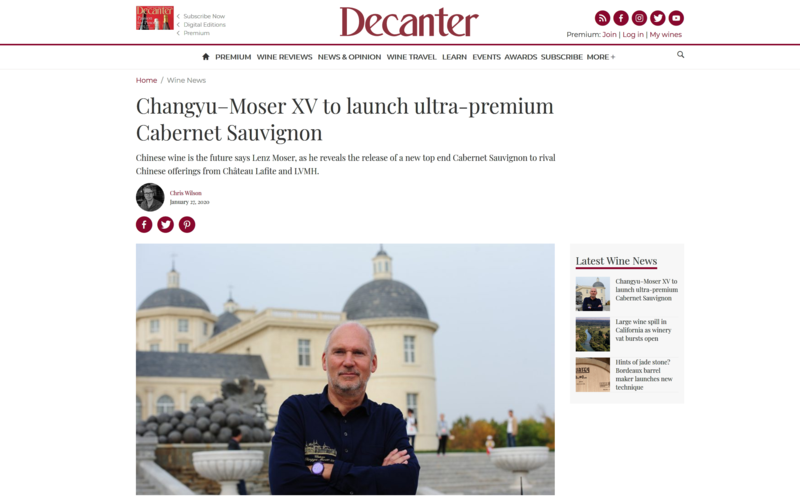 Chinese wine is the future says Lenz Moser, as he reveals the release of a new top end Cabernet Sauvignon to rival Chinese offerings from Château Lafite and LVMH.

The 2016 wine – called Purple Air Comes From The East – is a 100% estate-grown Cabernet from the Chateau’s Ningxia Provence vineyards and is limited to just 6,300 bottles.

Moser hopes it will rival similarly premium offerings from China. ‘I need to rub shoulders with the likes of Long Dai from Lafite and Ao Yun LVMH and I couldn’t resist making an icon wine,’ said Moser during a dinner in London to showcase Changyu–Moser XV’s wines.

‘It has a very Chinese-looking label and it is going to raise the bar again for the Chateau,’ he added.

Moser has been working with China’s Changyu winery since 2005 as a consultant and winemaking adviser and launched the Chateau Changyu–Moser XV label in 2015 in partnership with them.

‘Our vision is very simple we want to revive China’s quality game and make sure our wine is not just among the very best of China, but also belonging in the company of the world’s finest,’ he said.

Moser believes that China is the future for global wine consumption and production. In the future he predicts that 70% of the market for Chinese wine will be domestic. ‘China will be our biggest market by far, it will follow the USA model where only 15% of wine is exported,’ he said.