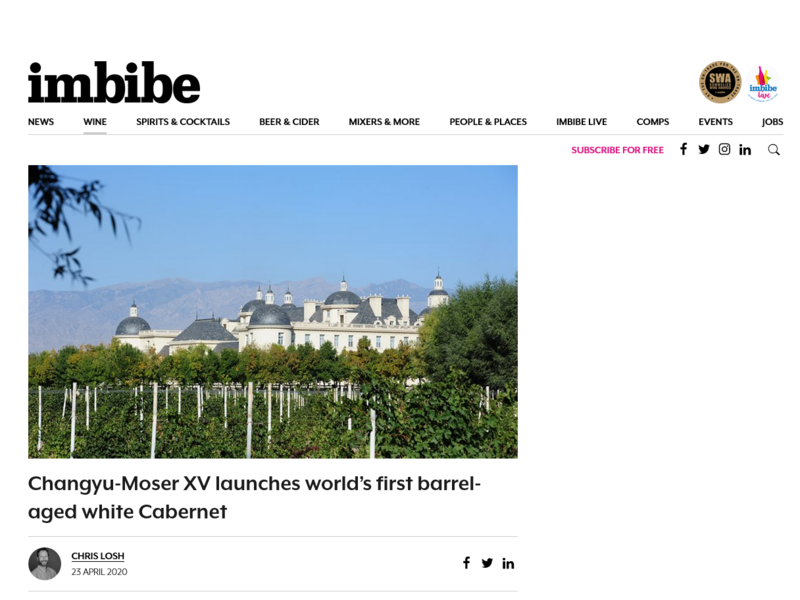 Lenz Moser rarely needs any encouragement to be cheerful. The Austrian, who has made wine in Europe, the US and China, typically has enough energy to power a small town.

Yet three things have got him particularly animated on this April morning.

For starters, from our Zoom call, which he is taking outside, I can see an unblemished blue spring sky behind him.

He can sit outside because (reason two) Austria has recently announced it is relaxing some of the rules on lockdown, making some socialising and work journeys possible once more.

And thirdly, he has just launched what he says is the world’s first ever barrel-aged white Cabernet Sauvignon. From China.

It’s the top-of-the-range white for the chateau project that Moser started with the giant Changyu wine group in Ningxia back in 2013.

A fan of barrel-aged Chardonnay, he admits that a Blanc de Noirs wouldn’t necessarily have been his first choice white style. But since the winery’s 250ha of vineyard are planted entirely to Cabernet, if he wanted a white wine in the range, it was the only option.

The standard tank-fermented Changyu-Moser XV Blanc de Noirs was first produced in 2016 and made a clean, fruity, easy-drinking white. But Moser felt there was untapped potential and put some of the 2017 vintage in new French oak as an experime

We try to be as quick as possible separating the skins from the juice. It’s a 10-minute exercise. It’s pure saignée, pure free-run

Getting the juice off early is key to the wine’s success. ‘We try to be as quick as possible separating the skins from the juice,’ says Moser. ‘It’s a 10-minute exercise. It’s pure saignée, pure free-run.’

Even so, it’s a deeply-coloured, burnished gold wine, with Ningxia’s desert climate giving plenty of richness and depth – even in a naturally fresher year like 2017. The oak has been well integrated, and stylistically it seems to be closer to an Alsace Pinot Gris than Burgundy, with plenty of red fruit and weight rather than aromatics. This makes it very flexible for food-matching – particularly with Asian cuisine.

‘When you’re in a Chinese environment you pick lots of different types of food – prawns, chicken, beef, vegetables - and the wine is oily enough to accommodate all this,’ says Moser.

There will, he says, be small tweaks and amendments down the years, but Moser seems justifiably happy with his unique creation, which is well worth a look for upper-end restaurants in the UK.

‘White Cabernet is one of our USPs,’ he says. ‘And we’ve barely even scratched the surface with it yet.’